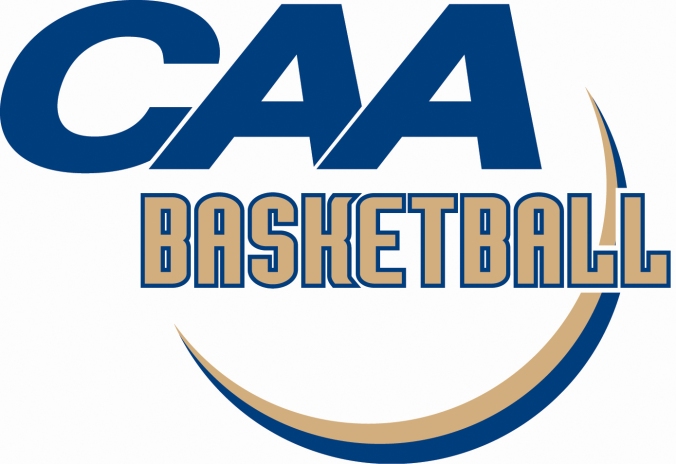 Power Rankings are great. They provide a platform for diving deep into a team or player’s hoops DNA. They can be taken in many directions while taking the pulse of a conference in a concise manner. Love the concept, but the term is tired. Besides, Luke Winn, now of the Toronto Raptors, perfected the format during his years covering college basketball for Sports Illustrated’s website and magazine. Any other Power Ranker is playing for silver.

So, why not take a spin with a fresh name and, hopefully, interesting insight. Welcome to the initial CAA Hoops Authentic Assessment as we enter the final week of the first month of the regular season. These rankings will become less necessary once the conference season reaches the halfway point and the standings do the speaking. But, let’s try and make ’em a thing between now and then. 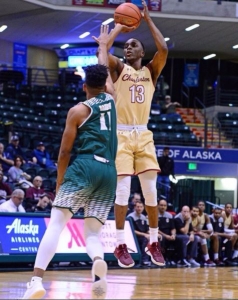 (19.5 ppg, 5.3 apg) but he’s needed a plethora of possessions to produce. Against Division I teams, Chealey, a senior point guard, has made 32 percent of 3-pointers and a career-low 36 percent of 2-pointers while taking one-third of the Cougars’ shots when on the floor. He’s 6 of 23 on 2s and 3 of 15 on 3s in the last three games. Opposing coaches can live with those percentages. In his defense, playing the entire season thus far without interior partner Jarrell Brantley and a handful of games without backcourt mate Grant Riller forced Chealey to take shots he probably would have otherwise turned down. Still, it’s not as if his woes can be blamed on the competition. The Cougars have played seven games: at Wichita State (No. 5 KenPom), a non-DI, and five teams rated 234th or worse. The Cougars opened the season No. 74 in KenPom and have fallen to No. 102 due to an offense that’s managed only 0.97 points per trip.

3. Elon (6-3) – The Phoenix loves overtime. It’s as if it is reborn in those five minute periods. Matt Matheny’s club is one more thriller away from hitting for the extra session cycle. Elon added an OT defeat of South Florida and a double OT defeat of Saint Peter’s last week to an earlier triple overtime victory against Florida International. The Phoenix evolved into the CAA’s most difficult team to shoot against last season and proved against Saint Peter’s it can still win with defense. Elon’s 41.4 effective field goal percentage was its lowest in nearly a calendar year. Tyler Seibring scored 38 points and was 11 of 15 on 2s in the two games and Elon will need similar productivity if it intends to make a serious bid at the regular season title.

4. William & Mary (5-2) – One of my favorite parts of watching AAU basketball in the summer – like the only favorite part – is when an entire bench erupts and starts screaming, “Shooter,” when the one dude on the other team who lives beyond the 3-point arc catches the ball. Better be a whole lot of hollerin’ against William & Mary and a 100-watt speaker handy when Connor Burchfield catches in the corner. He’s been hot as a Concord summer, posting 3-point numbers that are ridiculous yet real. He’s sixth in the nation on the season (57.4 percent) and 23 of 33 in the last four games, all Tribe victories. And he’s not alone. W&M is top six in the nation in effective field goal percentage, 3-point percentage and free throw percentage, per KenPom. Today’s profound observation: Shooting is a valuable skill to have in basketball.

5. Northeastern (4-4) – Ballhandling (14.9 turnovers per game) and free throw shooting (69 percent) have been trouble spots for the Huskies thus far, but both can be improved upon as the season unfolds and the squad’s newcomers develop chemistry and become comfortable playing together. Donnell Gresham, lost to injury a year ago after scoring in double figures in three of the first four games, was strong in the win over Cornell (22 points, nine rebounds, four steals). Vasa Pusica has brought a steady hand to the point guard position (14.6 ppg, 3.6 apg) and it appears the Huskies have legit depth this season, going nine players deep on the regular.

6. Hofstra (4-3) – There will be guards in Hempstead; but will they guard? This is the question that keeps the Pride Nation up at night. Buckets have come (1.07 ppp vs. DI) but the zone defense is offering little resistance. The Pride rarely creates a turnover and despite the powerful presence of center Rokas Gustys, it ranks 291st in defensive rebounding percentage. Opponents have scored 74.9 points per game against coach Joe Mihalich’s club which has road games against regional foes Monmouth, Rider and Stony Brook on its upcoming plate. Transfer forward Joel Angus has been a quality addition (129.1 offensive rating in 25 minutes per game. Justin Wright-Foreman hasn’t found his shooting touch yet either, hitting 38 percent from the field and 30 percent on 3s.

7. UNCW (2-4) – It’s been a rough opening month for new coach C.B. McGrath, the longtime North Carolina assistant who replaced Kevin Keatts. Following The Man is never easy, especially when you inherit a team that lost four starters from one of the best offensive teams in CAA history. Scoring hasn’t been the issue for the Seahawks, however. Abysmal defense has been the culprit. UNCW is 348th in the nation in scoring defense (91.2 ppg), unable to contain dribble penetration (allowing 56 percent on 2-pointers) and in serious jeopardy when either Devontae Cacok or Jordon Talley has foul trouble. Speaking of Cacok, he continues to be unstoppable in transition or 1-on-1 in the halfcourt. He poured in 35 points on 19 shots in an OT loss to East Carolina and leads the nation in a statistical category for the second season in a row, snatching 13 per game.

8. Drexel (4-4) – Injuries have kept coach Zack Spiker’s second squad in Philly from playing at full strength, however, Missouri transfer Tramaine Isabell is emerging as a major force on the scoreboard and the backboard. The 6-1, 180-pound guard leads the CAA with 22 points per game and is FOURTH in rebounding with 9.1. He’s attempted 32.6 percent of the Dragons’ shots when he’s out there vs. DI teams and made them count, hitting 52.6 percent on 2s and 39.5 percent on 3s while drawing 6.5 fouls per 40 minutes. Kurk Lee, the second-best freshman in the CAA last season, has started slow – hitting 8 of 41 3s vs DI teams thus far.

9. Delaware (4-4) – Half of the Blue Hens victims are non DIs. Delaware has CAA Rookie of the Year Ryan Daly and he’s the top target on every opponent’s scouting report. He’s not sneaking up on any coach this season. The opening night win over Richmond doesn’t carry much weight because the Spiders, frankly, are terrible (1-7). An ankle injury to starting post Eric Carter has thrown a wrench in coach Martin Ingelsby’s plans. Carter’s been productive when available, scoring double figures in four games, but missed three of the last four games. With a well-coached Buffalo squad and the return of Mike Brey and a visit from Notre Dame ahead, things may get worse before they get better in New-ark.

10. James Madison (3-6) – The Dukes rebounded from a nightmarish final minute loss to George Mason that included the rare 7-point possession for the Patriots. That’s unusual but not unheard of as Hofstra legend Charles Jenkins once scored eight points on one possession, driving home what turned out to be the final nail in the UNCW coaching career of Benny Moss. JMU coach Louis Rowe is trying to build a program in Harrisonburg and had to be happy how his team handled Charlotte 87-82, riding another strong showing from transfer Stuckey Mosley (25 points). Defense is an issue for the Dukes also. They are 286th in adjusted efficiency and 313th in effective field goal percentage defense. The young pieces have shown promise but it’s likely to be a long year in the Shenandoah Valley.